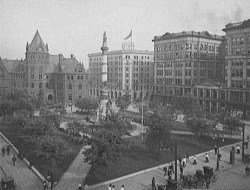 Just in case you were wondering, on this day back in 1848, Martin Van Buren was nominated for President by the Free Soil Party right here in Buffalo.  The nomination took place at the party’s convention in Lafayette Square, then known as Court House Park in a joint celebration of the party’s formalization.

The name of its first candidate should sound familiar as Van Buren had already served a term as President of the United States.  He also sported the best set of muttonchops the highest office in the land has ever seen. 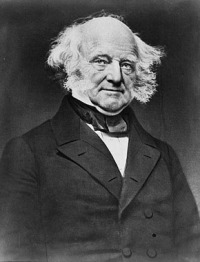 Pictured: the most impressive set of muttonchops ever elected President.

The Free Soil Party was incredibly short lived and drew what little power it had from New York.  It formed in response to the Democrats refusing to endorse the Wilmot Proviso, which would have outlawed slavery in new territories gained from the Mexican War.  Free Soilers believed that free men working free land created the greatest moral and economic system possible, and addition to working to prevent slavery in new territories, worked to overturn existing laws.

They were able to put up only two candidates for president while around; first with Van Buren in 1848, and then John P. Hale in 1852.  They failed miserably in both elections, unless you count the Nader they pulled by splitting the vote in ’48 that put Zachary Taylor in office. 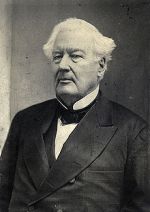 Taylor has the distinction of dying in office from a stomach ache after attending a picnic, giving Millard Fillmore his first shot at the captain’s chair.  I hope you at least recognize that name.

Free Soil did manage to put two Senators and fourteen Representatives to Congress during its run, which was ridiculous given their limited influence, but even with that they never pushed past a meager third party standing.  In 1854 Free Soil got together with the Whigs and formed the Republican Party.

Since the Free Soilers were originally unhappy Democrats, their involvement in the new party built a bridge to pilfer more antislavery Dems away from that party.  Just to keep things rolling, that would be the Republican Party that a few years later elected Abraham Lincoln.

While the Free Soil Party wasn’t able to change the world on its own, despite its official start in Buffalo—really, how can you go wrong there—it did  snake the best politicians from the existing parties to end slavery.

So, I guess Buffalo gets to take credit for that, right?