I assume most people have their own quirky habit for dealing with stress or bad days. Some people will go to the pet store and look at puppies, my friend has a cache of cute bunny pictures; some might go to the mall or a park and wander, just needing the presence of people and conversation surging around them to balance out whatever negative energy had thrown their day off.

Me? I like to wander around office supply stores.

Of my local options I prefer Office Max to Office Depot.  I always have, but especially now that many Depot stores have closed or downsized. There’s also an Office Max in the plaza where I work, so its proximity to a constant source of my own mental unbalancing may have something to do with my affinity for it.

There’s something very calming, very soothing about office supply stores. I found a similar feeling a few weeks ago while wandering up and down the bourbon aisle at Premier, checking out interesting bottles, reading the manufacturer or employee write-ups that accompanied many of them. It was similar and led me to identify what it was I like so much about office supply stores, even as it wasn’t as intense a feeling. It was the possibility. Where the bourbon aisle offered great variety and possibility, it did so at the threat of my losing a night of productivity if I got carried away.

(I ended up with a bottle of Jim Beam that was on sale and a couple small sample bottles of Woodford Reserve and Bulleit Frontier Whiskey that I took my time trying out—a surprisingly responsible outcome considering my state of mind walking into the store).

But office supply stores offer possibility of another kind. The possibility of organization. I don’t consider myself a very organized person, despite being someone who really, really wants to be organized, and even was once. Briefly. I think. (That was an amazing ten minutes of my life) And here is this magical place, this world of office supply, where everything I could possibly need to get my shit together is there, it’s all there! If I went wild in that store with its plethora of options; clicky pens, whiteboards, cork boards, bookshelves, cabinets, trays, stack-able boxes, desks, corner desks, corner desks with bookshelves—don’t even get me started on the pens, there’d be no stopping me. I’d rule the world, and I could too because they also sell coffee and Twizzlers

. Everything I need to survive is in that store. Have I mentioned their inexhaustible selection of pens? 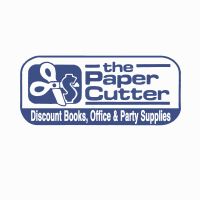 This goes back to childhood, and running errands with my mother. Across from K-Mart was a little pair of stores, The Paper Cutter and Fay’s Drugs. I was always partial to the Paper Cutter, mostly due to the wall of pens they had in the back corner of the store near the photo counter. I think I learned to spell my name finally by trying out each and every pen they had over and over until I found the perfect one. I was very particular about pen tips, even then.

, one of Robert Jordan’s Wheel of Time books, because it had a cool cover. I’ve never read it.  Why did my mom even let me buy it?  That’s book six in the series.  It’s also where I purchased Gordon R. Dickson’s Other

, which is part of his unfinished Childe Cycle. Recently I bought a cool old paperback edition of the first book in the series published under its original title, The Genetic General

. I’ve never read either book. I would routinely lose feeling in my legs from sitting so long under the spinner rack of comic books. One day I will buy a copy of that 30th anniversary Amazing Spider-man with the hologram on the cover that I read there. It was a big issue; it was too pricey back then for my mom to buy me. $3.95. And that’s 1993 dollars.  Man, that was a good run of comics. One day Spider-man, one day.

And next door was Fay’s. Which, whatever, it was a drug store. We had to go there for my brother’s inhaler, but other than that, it didn’t appeal to me too much.  I wanted to go next door to read comics. All of the comics. 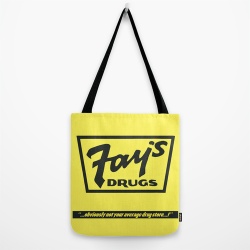 The thing you should know about Fay’s, was it had the best bag. I know that sounds strange to say, but mention a Fay’s bag to anyone over thirty that lived in Buffalo. This might extend to more than Buffalo actually, since the company started in Fairport, New York and had their headquarters in Syracuse. This wasn’t just a local Buffalo thing.

I don’t know what it was about those plastic bags; that they were yellow when everyone else used white or brown? Or was it the plastic they used, weren’t they thicker than most other stores’ bags? Could have been the colors, the yellow bag and black design?  It jumped out at you.

These bags were used and reused and reused, and they held up. Ten years after Fay’s was sold off and turned into Eckherd’s, I saw a homeless guy walking down Hertel Avenue with a Fay’s bag stuffed full. They’re still around.  There may still be one in my parent’s hall closet full of winter hats and gloves. Those bags are indestructible. They’re legendary.