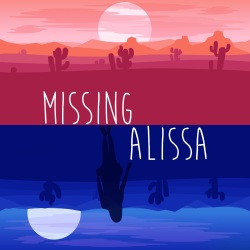 I found out about this podcast through Instagram thanks to the ‘JusticeForAlissaTurney’ account managed by Alissa’s sister, Sarah. I almost didn’t look at that profile or click on the link to the podcast, but once I did, I couldn’t stop listening. Go check it out—this entire story, from Alissa’s disappearance to her stepfather Michael’s history—is fascinating.

Listening to Ottavia Zappala describe Alissa at the start of the podcast, it struck me that she was a few months older than I was, and would have graduated high school the same year I did had she not gone missing the last day of school her junior year. It’s sobering to reflect on the things I was concerned with at that time.  What was I looking forward to, fearful of or worried about as a junior in high school compared to what we learn and during the course of the podcast?

This investigation lays out a story that runs much deeper than a missing girl. It tears into the underlying factors that led to Alissa’s disappearance; not only those that went completely ignored by police in 2001 when she was assumed to have runaway and was disregarded by law enforcement, but the many occurrences over the decade prior as well, when people close to Alissa and the Turney family repeatedly chose not to believe or appropriately act on evidence of sexual abuse.

Its remarkable that if not for a convicted murderer falsely confessing to killing Alissa, police never would have taken another look at her disappearance eight years later. As they investigated her case in order to corroborate or discount Thomas Albert Hymer’s confession, police began to realize that what had been dismissed as a teen runaway was likely something much worse. 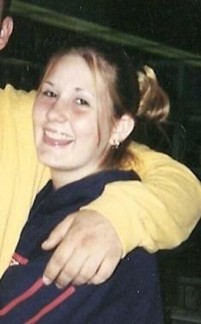 But what could investigators do eight years later? Or in the ten years since Alissa’s case was reexamined? When police eventually moved obtain DNA from Michael Turney, Alissa’s stepfather, as part of this new investigation, they discovered a stockpile of weapons, pipe bombs and a detailed plan for attacking a union hall, which he believed was at the heart of a decades-long conspiracy targeting him and his family. If he was capable of that level of planning and violence, could he be responsible for Alissa’s disappearance?

“Missing Alissa” is available through multiple platforms, so there’s no excuse not to check it out and binge on it right now. You can find it on iTunes or listen right from the website.