False Value In the Format Wars

Most readers have a preference for particular format of book they prefer—hardcover vs paperback. And some, like myself, may get deeper into that by saying for certain genres or even series that we love we need them in a particular format. I think it might be tied to the memory associated with how we first read the book, or it may be a love for used books with awesome vintage covers.

With Loren Estleman I started reading his Amos Walker series as mass market paperbacks that I bought used and cheap, and that was so perfect for this character and style of writing. Down the line I ran into problems finding those titles in the smaller paperback size (or the covers were awful, I can’t remember) and got stuck with a trade paper back and a couple hardcovers. It’s awful.

Pulp, private detective mysteries are meant to be read as pocket-sized paperbacks that can beaten to hell. They need to be small enough to stash in the inside pocket of your trench coat when the guy you’re tailing comes out, but thick enough to stop a bullet when you get double crossed.

Oddly enough, the classics like Raymond Chandler and Dashiell Hammett I’ll take in the larger trade paperback, probably because that’s all I’ve ever seen them in, but also they’re not huge books. The thin size makes up for it—and they look great on your bookshelf.

I’ve realized today that there’s another level to this bibliopathy that extends to audiobooks. The majority of my reading has been done through audiobooks with only a dozen (if I’m lucky) of the books that I read a year being actual physical books.

I recently finished “Lies Sleeping”, the seventh book in Ben Aaronovitch’s ‘Rivers of London’ series. I started the series when the bookstore I worked at received free promo copies for the first and second books in the series, timed with the second book’s release. This means I have two horrible US publisher covers that don’t match the artwork for the rest of the series, which thankfully switched over to the UK covers for the third book.

Actually, the fourth but somehow I have book three in the “good” cover—do you need to know any of this? Yes. Yes, you do, because the same book lovers who are obsessed with the format of their books with not hesitate to buy a new copy of a book they’ve already read of the cover is really cool.

It’s ok though, my wife wants to start reading the series so that means we can rebuy the first two books and set this egregious wrong right.

Now nearly ten years later I’m still reading this series, always in paperback and always taking far longer to read than I expect. But I’ve made a mistake, a horrible mistake that’s made me briefly question my love for the series, the universe and everything. I started listening to book eight “False Value” as an audiobook. And I just can’t do it.

After so long and so many books I have a clear picture of what Peter Grant looks like and sounds like. Listening to it now is somehow off—the voice, the tone, the pacing, the rhythm of Aaronovitch’s writing.

Part of this can be that this book is a departure (at least a couple chapters in—it’s a series about magic, you never know what’s going to happen) from the Faceless Man storyline that’s dominated the previous books. Peter is out of his element, out of much of the world we’ve grown accustomed to over time. Is the change in story jarring to me? Is it the format? Is it just me?

Fortunately, I have a physical copy of the book as well. But it’s a hardcover. So now we’re back to the Amos Walker ‘but I always read them in paperback’ conundrum. We’ll see….

I got to thinking about this, the formats of books and all, because a friend mentioned he was grateful for his insomnia since he’s been able to binge ‘Longmire’ on Netflix.

I told him if he wanted to cure his insomnia all he had to do was read “The Cold Dish”, the first book in the series. I compared reading the slim book to those shots of Walt standing alone on the Wyoming prairie being battered by a frigid, desolate wind.

But then I started thinking about format and added the audiobook to my queue to test this out. Maybe the book just isn’t for me and I’ll give it up, but maybe I’ll enjoy it more as an audiobook.

My wife and I have both listened to and loved Leigh Bardugo’s “Ninth House” about supernatural secret societies that’s told in alternating voices. She spoken with people who have read it and didn’t enjoy it, and encouraged them to listen to it instead. It certainly could be the structure of the book that lends itself to being performed rather than simply read, with the two narrators and flashbacks.

This is similar to how I couldn’t stop listening to “The 7½ Deaths of Evelyn Hardcastle” but she’s still working her way slowly through the print copy of it, probably hating me a little bit more every time she picks it up. I found it to be a fascinatingly inventive take on the classic Agatha Christie style whodunit and an addictive audiobook to listen to. But like with “Ninth House” there are multiple voices and characters speaking to the reader—even if in “The 7½ Deaths…” it’s the same narrator speaking through different characters.

Perhaps some books are meant to be experienced and performed, to exist in another medium beyond the page to capture one’s imagination, to trigger that magical response to a story that will resonate within us and keep us as a reader or listener hooked to the unfolding words. 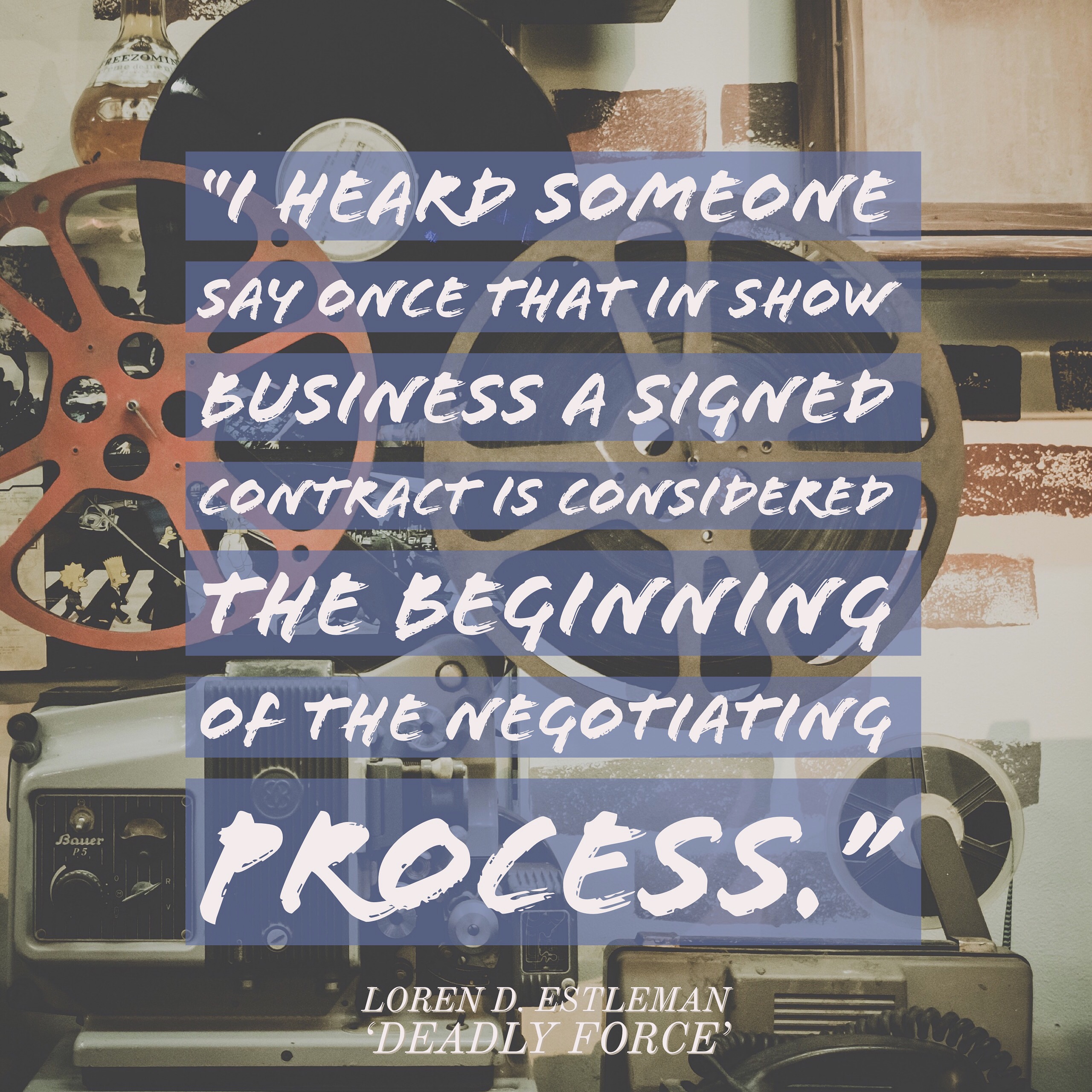 The Prettiest Dead Girl in Detroit // 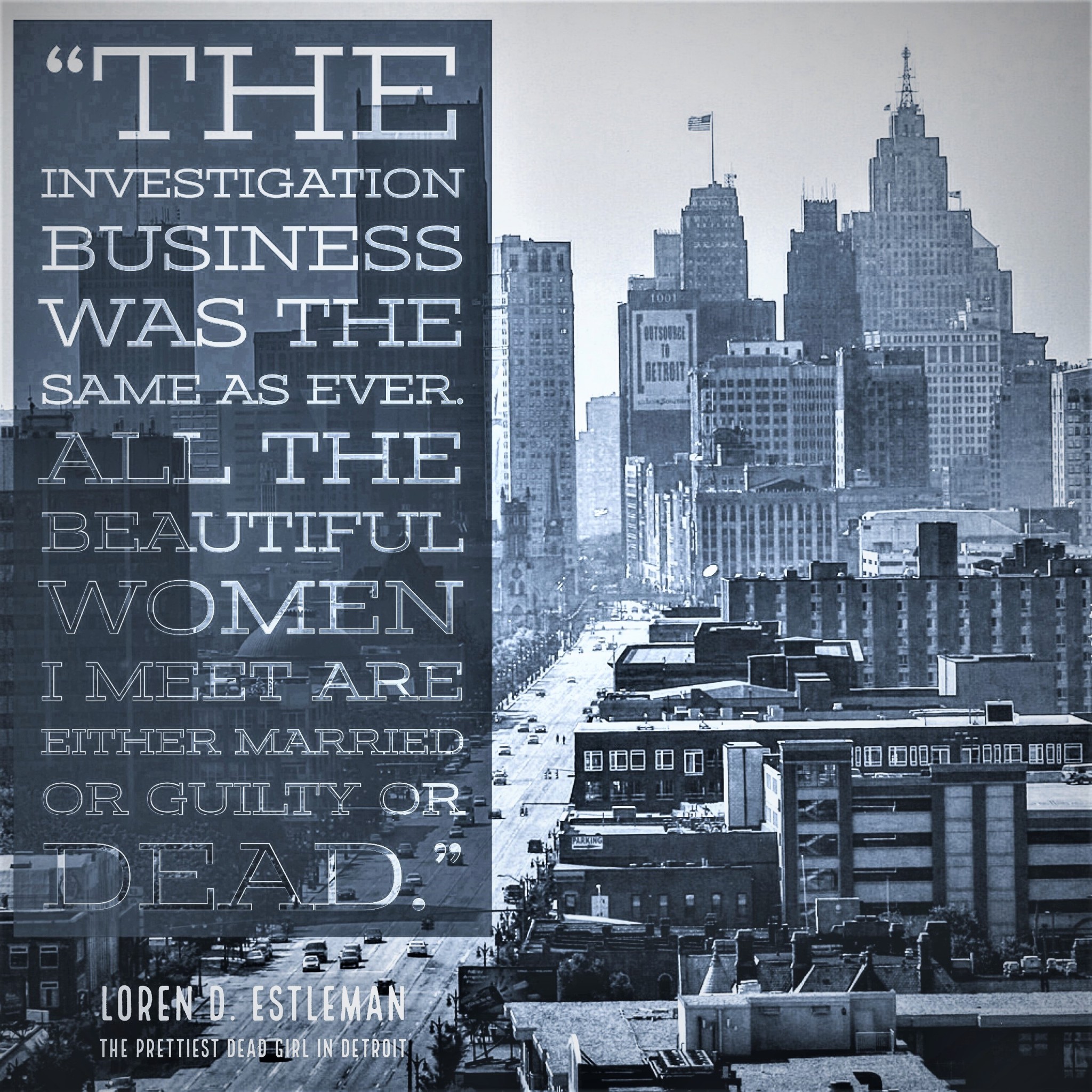